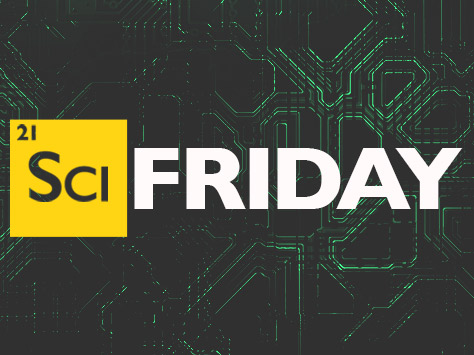 Get ready for SciFriday with Derek and Sharon Gilbert. Watch as they discuss science news from a Christian worldview. Genetics, robotics, artificial intelligence, nanotechnology — keep up with discoveries that are changing our world at breakneck speed and threaten to redefine what it means to be human. 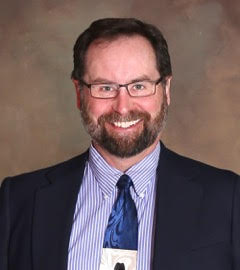 Derek Gilbert’s broadcasting career dates back to 1980 in Galesburg, Illinois, and included stops in Peoria, Little Rock, Saint Louis, and Philadelphia. With the advent of the Internet, he began producing and hosting the web radio programs A View From the Bunker and P.I.D. Radio, which he co-hosts with his wife, author and analyst Sharon K. Gilbert — also a member of the SkyWatchTV team.

Derek hosts SkyWatchTV, a weekly interview and discussion program focusing on issues not usually covered by Christian media—prophecy, discoveries, and the supernatural.  He and Sharon also co-host SciFriday, a weekly look at science and technology from a Christian perspective.

He’s authored the novels The God Conspiracy and Iron Dragons, and he is a contributing author to God’s Ghostbusters, Blood on the Altar, I Predict, and When Once We Were a Nation. He’s a lifelong Chicago Cubs fan, prefers glasses to contacts, and sings the high part in gospel and barbershop quartets.

Derek has always been fascinated by the way things work. It was evidence for the authenticity of the New Testament documents that awakened him to the spiritual battle raging around us. It is this battle that inspires him. 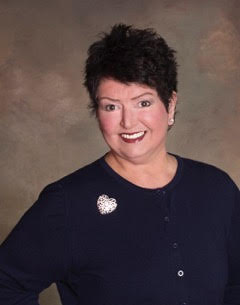 Science, writing, opera, and geopolitics are...

Science, writing, opera, and geopolitics are just a few of the many ‘hats’ worn by Sharon K. Gilbert. Gilbert is the author of The Laodicea Chronicles, a novelized look at the spiritual battle set in current time and the upcoming Redwing Saga, a supernatural thriller series set in England in the time of Jack the Ripper. She is also a regular contributor to Tom Horn’s immensely popular multi-author books, including Blood on the Altar, God’s Ghostbusters, I Predict, and When Once We Were a Nation. Sharon recently published her first solo non-fiction work, Ebola and the Fourth Horsemen of the Apocalypse and is the co-author (with her husband) of the upcoming look at the rise of artificial intelligence Rise of the Cybergods.

Gilbert is married to SkyWatchTV’s host and news anchor Derek P. Gilbert, and the two have shared their talents and insights for over a decade with their own Christian podcasts. In addition to co-anchoring SkyWatch TV’s SciFriday each week, Sharon also serves as host for the all-women talk program, SkyWatch Women and SkyWatch Women One-on-One.

Sharon’s been following and studying Bible prophecy for over fifty years, and she often says that she’s only scratched the surface. When not immersed in Bible study, a writing project, or scouring the Internet for the latest science news, you can usually find Sharon relaxing in her garden with the Gilberts’ faithful hound, Sam T. Dachshund. Look for Sam to show up as a guest on one of Sharon’s shows!